iMovie in the Primary Classroom 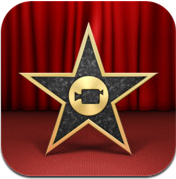 Throughout the design challenge students were encouraged to take photos and videos of their contraption, design plans, team mates and individual sections of the contraption.

On completion of the project, students had to create a movie which documented the process they went through from start to finish. It needed to include both photo and video, text and audio (in the form of background music or their own audio). The project also needed to include close up images or videos detailing each of the simple machines used in their contraption. This was a valuable way for them to reflect on the overall process of the project and gain a full understanding of how plans and designs change. Parents particularly enjoyed watching these videos as it helped them gain a better understanding of the term long project.
Below is an example of the completed iMovie by a group of Stage 2 students.

Lesson Idea 2
This lesson combines the use of iMovie with another app - iMotion HD.
Here are some completed work samples by Stage 3 students.

Lesson Idea 3 - News Broadcast
A news broadcast is prepared over a three day period. Students use the schol newsletter to create a script on what's been happening   and what's coming up at school, as well a sports report with interviews and they also like to include an entertainment featurette. This is a fantastic process where students learn all about storyboarding, filming in sections, interview techniques, script writing, video recording and finally editing in iMovie. Here is an example of a broadcast by Stage 3 students. The entire playlist of our News reports can be viewed here.

Lesson Idea 4 - Multimodal Procedural Text
For this task students first investigated a variety of paper aeroplane designs from the 10 Paper Airplanes website. They watched the step by step animations to make their own and then tested them. Once they had chosen their favourite design they needed to create a procedural video explaining the process. An emphasis was placed on using a variety of images, text and voice to instruct the audience.

Procedure
1. Students filmed each step of the paper aeroplane making process, using the video camera on the iPad. They also filmed and introduction and conclusion.
2. Videos were imported into iMovie and cropped to create a smooth flowing presentation. Transitions were also added.
3. The sound from each of the clips of the actual process was muted.
4. The students added their own voice overs to indtructional part of the procedure.
5. Text was added to indicate important features e.g. materials list and step number.
6. The final movie was exported to the camera roll and then uploaded to YouTube for embedding on our blog.

Here are some examples from Stage 3 students
These students also used iMotion HD to create stop motion animations of some parts of the paper folding process. Great app smashing!